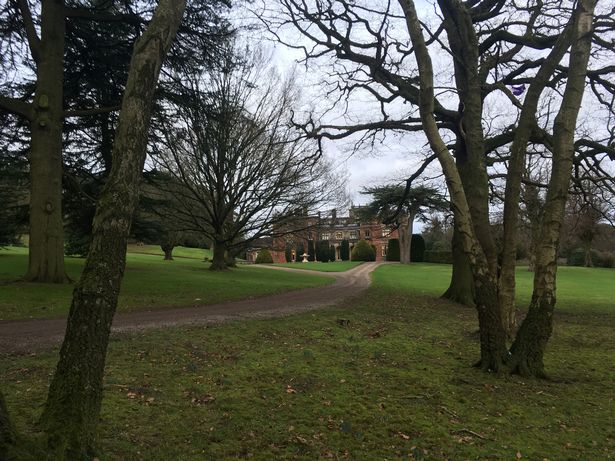 This afternoon, emergency services have descended on the University of Keele after a young woman was attacked in a forest.

A police helicopter was scrambled after the assault on land near Keele Hall.

He was seen flying over the area around 1 pm while the search for the suspect continues.

The paramedics were called to the scene about 45 minutes earlier and a 22-year-old woman was taken to the hospital with what has been described as "minor injuries".

The nature of the attack has not been revealed.

A spokesman for the Staffordshire police said: "The Officers are responding to reports of an assault in a forest near Keele Hall, Keele.

"Emergency services were called to the scene around 1 pm today. The National Police Air Service is also assisting officers with this incident.

"A 22-year-old woman was taken to the Royal Stoke University Hospital with minor injuries."

A spokesman for the West Midlands Ambulance Service said: "We were called at 12.15 pm to reports of an assault near Keele Hall.

" Attended an ambulance and a paramedic and treated a woman for minor injuries and then taken to the hospital. "

A witness told StokeonTrentLive: "There is a significant police presence in Keele Uni with an ambulance and a police helicopter, and students have apparently been told to" go where it is safe " It looks like the helicopter is looking in the forest. "

A spokesman for Keele University said:" This afternoon an isolated incident was reported on campus, the police attended for a short period, but now it came out On campus, a woman was taken to the hospital with minor injuries. "

Anyone with information who calls the Staffordshire Police on 101 is asked to cite incident 320 of January 15.

Do you want to tell us something about where you live? Let us know: send us a Twitter message @SOTLive or send us a message to our Facebook page. And if you have images to share, tag us on Instagram at StokeonTrentLive.