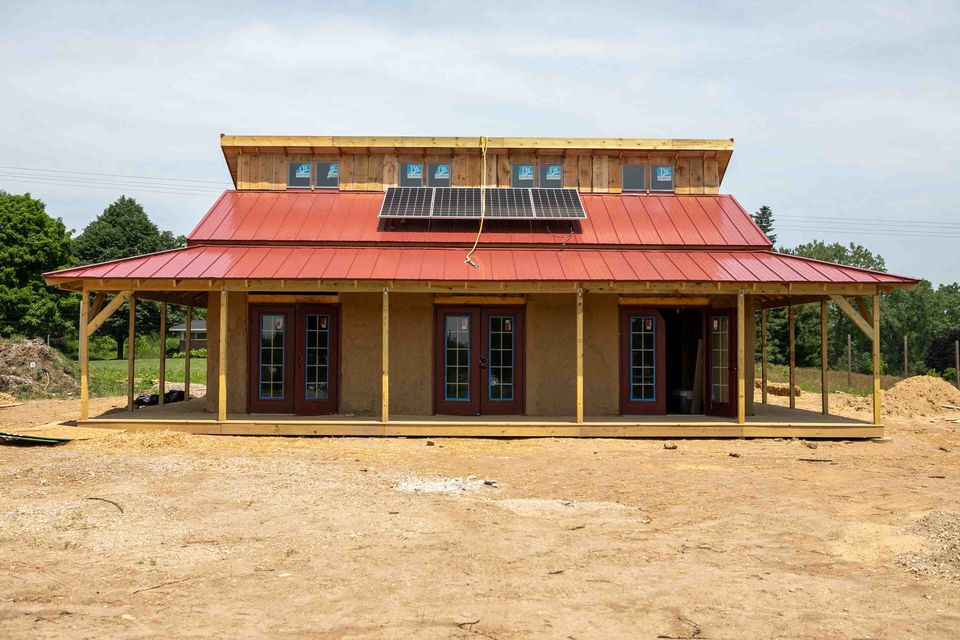 ANN ARBOR, MI – A building constructed with poles and milled beams of local trees damaged during storms now supports the first building built outside the University of Michigan network.

The building, proposed by the students of Professor Joe Trumpey of UM in Campus Farm of UM during the month of May, will provide an informal meeting space for students and teachers. In the spring of 2017, Trumpey and her class built a similar straw bale building at the UM Biological Station in northern Michigan.

"Basically it's a pole-and-beam building, so there's a wooden frame that's made up of sturdy posts and beams and those that were actually milled from local trees that left campus damaged in some storms," ​​said Trumpey. . He said about the building, which was completed on May 29. "I was able to work with the students at a sawmill I had on my farm to make the wooden components of the building that support the roof."

Being out of the network means that the electricity used for the building will not be connected to the power grid. The building has its own independent power source through a 1.5 kW solar system and eight golf cart batteries. Four solar panels were installed and are located on the roof facing south of the building.

The 600-square-foot building is insulated by bales of straw, providing walls two feet thick, approximately two or three times the amount of insulation of a normal building with pink fiberglass insulation, said Trumpey.

We use them basically as big building blocks, "Trumpey said of the bales of straw. Stacks them like a brick building. There is a way to compress and make the wall more solid and then a large part of the work is to cover it with earth plasters, so you get a mixture of clay plaster, sand and chopped straw. "

Along with the straw bales that serve as insulation, the building is constructed with as little concrete as possible, said Trumpey, the building consists mainly of bales of straw and adobe, with a dirt floor inside the building. some woods, windows and conventional doors, along with a base of debris trench.

After beginning construction on May 3, the students lined the walls with bales of straw on May 10, before compressing them Subsequently, a box beam was installed on top of the bales, which are connected by rods to the base, Trumpey said the walls were later "crushed" before applying three layers of plaster.

The first AC pa is made of clay and clay soil, followed by a coat that is a mixture of clay, earth, sand and chopped straw. The final layer is a mixture similar to the second, but with a lime putty included to help waterproof the building.

The project received funds from the Planet Blue Student Innovation Fund and several departments and programs of UM. It was designed by Trumpey with the help of UM student and architect Doug Farr.