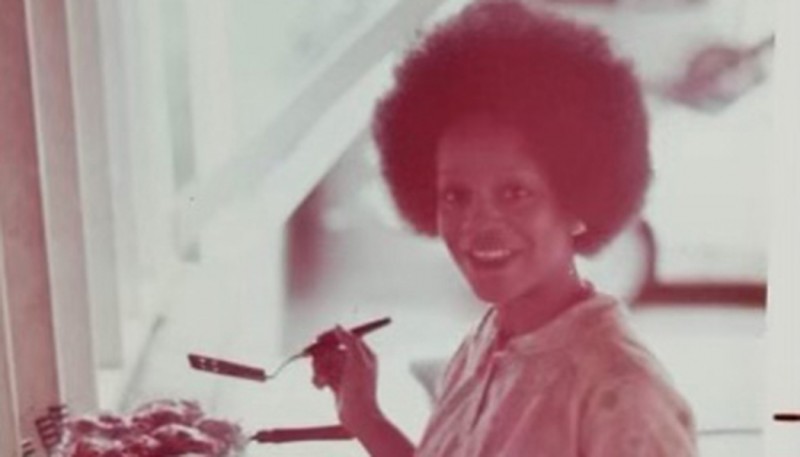 A Look at Social Activism at Binghamton University

Fifty years ago, on July 1, 1971, Congress ratified the 26th Amendment, granting the right to vote to American citizens over the age of 18 after a decade that saw unprecedented levels of activism among young adults in America, including at Binghamton University.

The Binghamton campus was alive in the early 1960s with students protesting the Civil Defense drill, which required all citizens to go to a designated fallout shelter in preparation for possible nuclear bomb attacks during the Cold War with Russia. Students also organized protests over campus social regulations, such as the requirement to dress neatly for dinner (so many students showed up for dinner in Bermuda shorts one night that they couldn't be excluded and the rule was dropped in the future).

In the mid-1960s, students' attention turned to issues such as the Vietnam War and civil rights. Binghamton's first seminar on the Vietnam War was held in 1965, and countless marches, protests, and vigils followed. In May 1970, the anti-war movement came to a head when the entire campus went on strike and classes were canceled for the remainder of the semester following the death of four students at Kent State University. Teachers voted overwhelmingly in favor of the strike and the "free university" was instituted, essentially a series of seminars on war-related topics.

Shortly after the strike began, then-Binghamton University President Bruce Dearing led a march of thousands of students and community members from the campus to the Binghamton Courthouse to protest the war. According to an article in the May 12, 1970 issue of The Colonial News, the student newspaper on campus at the time, 7,500 people participated in the eight-mile march, the "largest demonstration against anything in the history of Broome County. ".

Student anti-war sentiment was immortalized shortly thereafter when, beginning in the May 5, 1970 issue, "Colonial" was crossed out at the head of the newspaper to protest perceived American colonialism in Southeast Asia. The newspaper was renamed Pipe Dream the following fall.

Editorials in Colonial News sometimes featured opposing perspectives on the country's antiwar movement. The May 15 issue printed a letter from the Black Student Union about the Augusta, Georgia riot of May 11-13, 1970, when four Black men were shot in the back by members of the National Guard while protesting the Suspicious beating to death of 16-year-old Charles Oatman in county jail. The letter noted that "Blacks in Augusta, Georgia, as well as blacks across the country have been enduring oppression, ignorance, and belligerence from racist whites, guards, and police for six days, or for that matter, three hundred years ", but the only thing that caught the attention of" very conscientious whites "on campus was the relatively isolated incident at Kent State University.

Binghamton University was predominantly white at the time. Islah Umar '73 (who legally changed her name from Margie Glenn in adulthood) was one of the few black students on campus. He described his experience as a person of color in Binghamton as "a speck of dust in a white sea."

He first came to campus for the Transitional Year Program (TYP), the original name for the current Educational Opportunities Program, summer session in 1969. His recollection of his first experience with the full campus community set the stage for a university career full of various types of disturbances.

“In September,” he said, “the fraternities that took over the Student Union woke me up rudely. I was scared because everyone was standing at the tables and yelling at the people… recruiting people for the fraternities. I did not expect it. There were a lot of really big men with beards and it looked like an insurrection. ”

Umar's first protest occurred the following spring, when she and other students of color occupied the administration building on campus for several hours, demanding more representation on campus.

"Finally, the president came out and asked us what our demands were," he said. “We had one or two spokespersons and they told him we wanted more ethnic staff, staff of black and Puerto Rican descent. We want more courses that are relevant to our experience. And in September 1970 we got everything we asked for. ”

Umar recalled having the support of TYP faculty and staff and the following fall, the Black Student Union received a large budget to host cultural programming on campus. Performances included famous black artists such as Roberta Flack, Freddie Hubbard, Duke Ellington, and Miles Davis. Umar worked for the campus radio station, so he was able to interview many of them.

"I did a play about the Vietnam War," said Umar. “I am a New Yorker, I am a theater person, so I told the story as it was. I don't think I was smart enough to moderate my statements. I spoke about the president at the time. I spoke about the hypocrisy – the reality that African Americans were pushed to the forefront of war and killed, just killed, and how other races could be commissioned as officers and never went into combat. I did it twice and people didn't like what I did too much, but I felt that I had to tell the truth. "

The vote of the young

With so many social problems at the forefront of the student consciousness, it is not surprising that many pushed for youth suffrage. After all, 18-year-olds were old enough to be drafted into a war many of them opposed, so why shouldn't they be of the same age? Enough to Vote? Until the ratification of the 26th Amendment, each state set its own voting age, the majority being 21. In 1970, President Richard Nixon signed an extension to the Voting Rights Act that lowered the voting age to 18 years, but was challenged in court. The Supreme Court ruled that the age reduction only applied to federal elections. In response to the ruling and student protests across the country, the 26th Amendment was introduced in Congress or to lower the voting age nationwide to 18.

Since its ratification, the 26th Amendment has been used to challenge voting laws that affect students, such as voter identification laws and polling places that are not accessible to students. One concern that arose prior to the 1972 presidential election was that student voting could overwhelm small community governments if students were to vote in local elections where they attended college. Many communities, including Binghamton, actively tried to prevent students from voting locally, saying they should vote in the district in which their parents lived

An article in the January 8, 1971 issue of Pipe Dream, titled “The 18 Year Vow; where students fit in, ”said the electoral board was denying students the right to register to vote locally. A spokesperson for the board stated that students who were claimed as dependents by their parents for tax purposes were "legal residents" of the county in which their parents lived and were required to register there.

The electoral board argued that in a small community like Vestal, a large student voter turnout could greatly influence local government results and claimed that students were not really affected by local politics. The Pipe Dream article argued that nearly 2,000 students lived in the community for nine months out of the year, paid rent and utilities, and often had jobs. Also, it was difficult for students to stay engaged with issues and candidates in their hometown.

Ultimately, the article argued, more than 3,000 students were counted in the census based on where they lived while in school, and the local community received state aid based on those numbers. It was not fair that the community could count these students as residents when it served its purposes, but exclude them at other times.

In 1979, in Symm v. In the United States, the Supreme Court ruled that college students have the right to register to vote where they attend school, using Amendment 26 to argue that election officials cannot place additional burdens on college students to provide residency than other voters.

Fortunately, Binghamton University has enjoyed an excellent relationship with the Broome County Board of Elections (BOE) in recent years. The BOE works closely with the Center for Civic Engagement (CCE), the office that coordinates voter participation on campus, to ensure that students have every opportunity to register locally if they so desire. The University, which spans three of Vestal's 19 constituencies, houses an on-campus voting center for residential students, believed to have originated in the late 1970s.

Since the CCE began tracking voting rates for Binghamton University students in 2012, the percentage of students registering to vote and voter turnout at the on-campus polling place has risen steadily, in part due to the CCE's efforts to simplify the voter registration process, while reflecting a broader increase in youth voting rates nationwide as students respond to civil rights issues that are still underway. today's headlines.

The killings of Black people like Breonna Taylor, George Floyd, and many others by police officers draw striking parallels to the injustices that Umar and his peers fought against in the 1960s and 1970s. Students are still active today in the fight for racial justice and other causes, both on and off campus. When it comes to the United States on many social issues, there is undoubtedly work to be done, and today's Binghamton University students are still contributing to the call for change echoed by young people across the country.