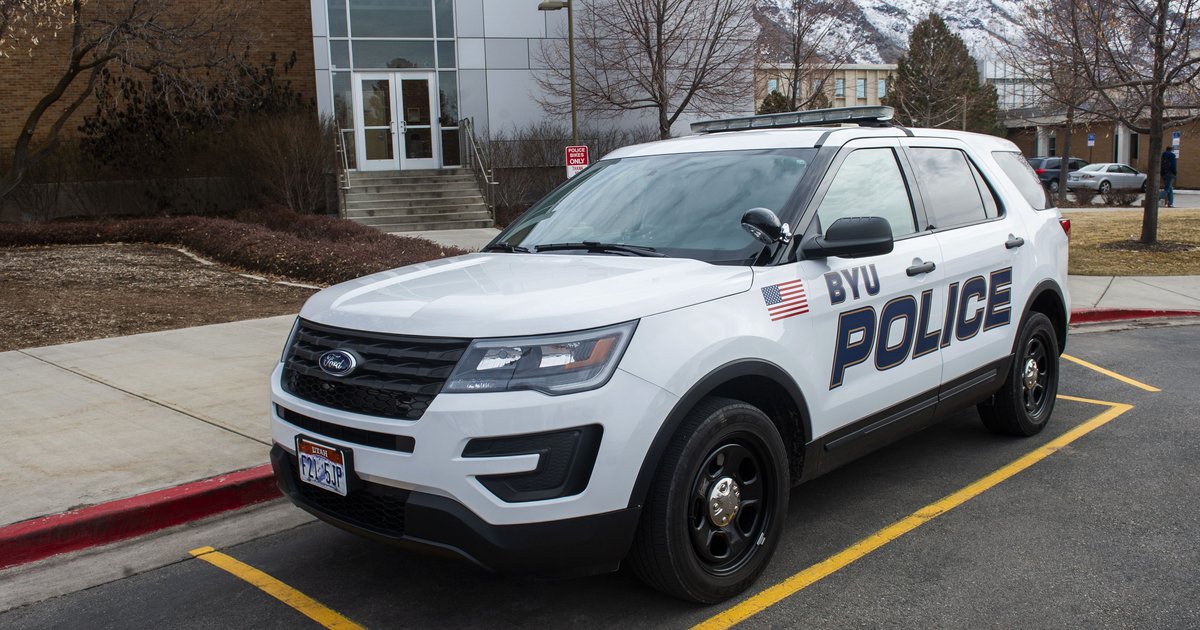 A BYU police lieutenant shared private reports with university officials investigating students when they should not have done so. And the new information shows that it did so for two years.

For two years, a Brigham Young University police lieutenant reviewed the private police reports created by other Utah County law enforcement agencies and relayed that information to university officials, including those working in the Code Office. Honor.

For the first time, the investigative documents published on Thursday by the Officials and Training for Peace Officers of Utah (POST) give an idea of ​​the scope of Rhoades' actions.

The report says state investigators found that Rhoades accessed reports from the Orem police private police, the Utah County Sheriff's Office and the Provo police. He took information from these reports and shared them with the Office of the Dean of Students at BYU, the Title IX Office and the Code of Honor Office.

Accessed these reports for almost two years, researchers found, as of August 2014.

His actions were halted in June 2016, at the same time the Department of Public Safety announced that it would investigate how BYU police accessed and shared their own police reports and records of other Utah County agencies.

It was also during this time that the Salt Lake Tribune obtained the BYU documents showing that Rhoades accessed a county database to gather information from another police department for an investigation of the Honor Code of a presumed victim of sexual assault in one case.

The documents show that a researcher of the Honor Code contacted Rhoades in 2015 to ask for information about the rape case. The lieutenant looked at the records that same day and transmitted intimate details about the case to the investigator.

The Code of Honor at BYU is a set of administrative rules that prohibits alcohol and coffee, restricts contact between male and female students, enforces a strict dress code and prohibits expressions of romantic affection between people of the same sex .

S. Daniel Carter, president of Safety Advisors for Educational Campuses, LLC, said he has worked on campus safety issues across the country for almost 30 years and has never seen a movement to decertify a police department or "Police misconduct. of this scope. "

. "It is common for institutions to use the police on their campus to also serve as security and enforce institutional policies," he said, "but the use of police access to effectively spy on students to enforce codes of conduct is not In this way, a private entity would be using the power of the state to carry out its own religious rules, something with potentially significant ramifications. "

In an e-mail response late Thursday, BYU spokeswoman Carri Jenkins did not specifically address the Department of Public Safety's investigation or why Rhoades had been accessing the records of other university agencies. He said there are times when BYUPD communicates with the Dean of Students office about suicide threats or other public safety incidents, and said that the police department should report sexual assault on campus to the Title IX office

"The university police has focused on ensuring that there is no communication between the Office of the Honor Code and the University Police," wrote Jenkins, "except in an official capacity to apply for the law. "

But Jenkins added that anyone, including the Code of Honor Office, can apply to the university police for "official records of law enforcement" through an application for formal searches

"The university police would evaluate the request," he wrote, "and determine, based on the same principles applicable to other law enforcement agencies, whose records should be made public."

] This is a relatively new position adopted by the private university, which is owned by The Church of Jesus Christ of Latter-day Saints

In recent years, BYU has argued that it is not subject to the laws of public records. The Tribune has sued to force the BYU police to adhere to those laws. The newspaper received a favorable decision from a district judge, but BYU appealed to the Utah Supreme Court. The case is still pending.

However, university officials spoke this week in support of a bill in the Utah Legislature that would require BYU police to follow GRAMA, saying they should meet the same transparency standards as other police officers. The provisions of the bill would not be retroactive, according to the sponsor of the bill, Senator Curt Bramble, R-Provo.

Rhoades lawyers, Sam Alba and Derek Williams, said in a statement Thursday night that the police officer believed he had always complied with state laws and regulations.

"The published reports speculating on Lieutenant Rhoades' conduct while in BYUPD are inaccurate," the statement said.

Public officials have never acknowledged whether access to Rhoades records was extended beyond the only case that The Tribune found, and for years it has blocked requests for newspaper records requesting that information.

The Tribune obtained limited data in 2016 that showed that BYU police searched and accessed about 6,500 initial reports, plus an undisclosed number of supplemental reports, from 21 other Utah County police forces in the 18 and a half months that ended 15 September of that year. Police officers from other departments said that the number seemed high, and the number of searches by the BYU police decreased after DPS began its investigation of the department

Although its The investigation is now closed, DPS officials have not yet published any research records or said what they found. Officials have also failed to disclose why they will not release those records, a decision that the Tribune is appealing.

The POST report of December 2018 that The Tribune obtained on Thursday in detail why the police regulators were investigating whether Rhoades should be punished for their access to the records. But before the investigation could gain strength, Rhoades voluntarily left the BYU police and gave up his police certification. He had been a police officer in Utah for 34 years.

His lawyers said in a statement that he gave up his police license because he retired in October and the certification would have expired anyway.

"As with the criminal investigation, Lieutenant Rhoades believes he would have succeeded in showing the POST board that he did not violate any of the POST certification standards," the statement said.

More details about what the Department of Public Safety found in his investigation were hidden in the copy of the record provided to The Tribune.

Officials in the Utah Attorney General's office announced in October that they had decided months before to not file criminal charges against Rhoades. A panel of prosecutors decided that the case against him "lacks a reasonable likelihood of conviction," the office said.

When the Department of Public Safety initiated its investigation almost three years ago, the authorities said that it was doing so at the request of the BYU Police Chief and the Provo Police Department.

Provo Lieutenant Brian Taylor did not share on Thursday how his department reacted to the findings of the investigation, saying only: "The Provo Police Department considers itself a careful custodian of every record entrusted to it. people trust us with the police records, that's why we made the reference [to DPS]. "

Utah County Sheriff's officials also showed little reaction to the findings, Sgt. Spencer Cannon said that its records management system is configured to allow the police to see the records of other agencies, but it is assumed that it will only be used if that information can help an officer in an investigation.

"It has to be for a legitimate purpose," he said.

Orem police officers did not immediately respond to the request to come.

BYU said it plans to appeal the state's decision to decertify its police force, which would go into effect on September 1

In the letter of decertification, DPS officials also say that the BYU police did not respond to a subpoena that was issued when police regulators were investigating an officer for misconduct. A December letter to BYU police instructed the agency to allow the DPS to access all records of "electronic records, personnel and data" so that investigators can evaluate how their officers use a database of records from the police, the command structure in BYUPD and "the faculties, authority and limitations" of BYU police officers.

BYU said it does not agree with the reasons cited by the DPS for decertification. He said DPS believes the campus police "did not meet the criteria" for an internal investigation and a response to a citation. "BYU, however, believes that the University Police complied with all applicable criteria and is surprised that the commissioner issues a letter for these technical reasons," he said.